Hello, thanks for popping in for a visit.  We were up early yesterday to participate in the Veterans Day Parade in Portland's Hollywood District with my Portland Chapter of the Daughters of the American Revolution.  We were lucky to have a sunny day, but it was cold and VERY windy, in fact there were trees blowing down all over town!  Dayle donned his 1st Cavalry hat that I got him a few years ago.  The guy in the middle is wearing an American Revolution uniform portraying a Continental soldier, and on the right is my sister Roberta's husband Ted, dressed as a frontiersman in leather. 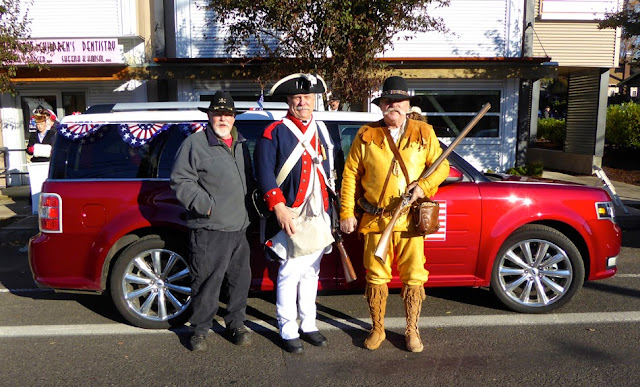 We decorated my new car, but we stopped short of using duct tape to put more decorations on it.. :-)  The wind was flipping our string of buntings up.. 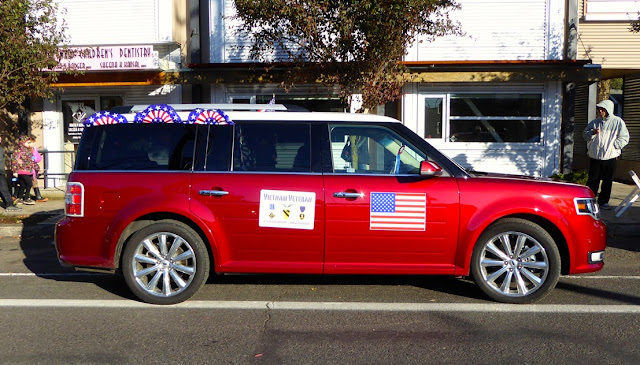 I designed and ordered this magnetic sign for Dayle a few years ago.  He got a lot of "Thank you for your service!" greetings along the parade route. 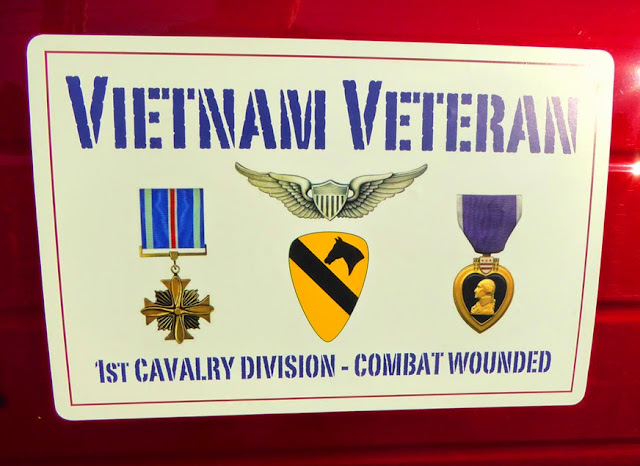 These two mounted police officers posed for me! :-) 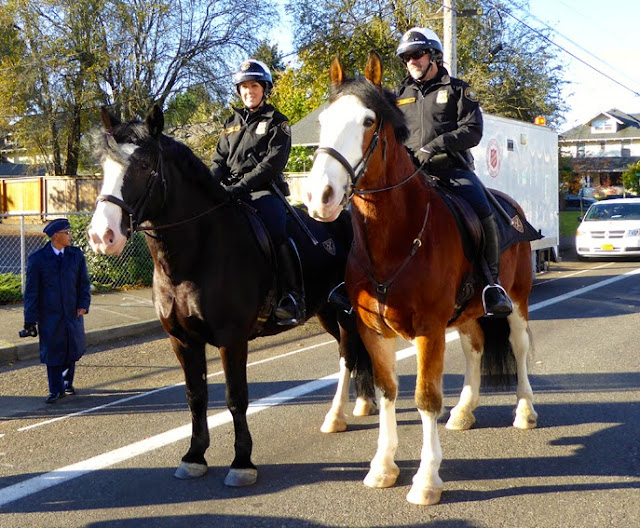 These ladies from the Patriot Pin Ups were right ahead of us in the parade. 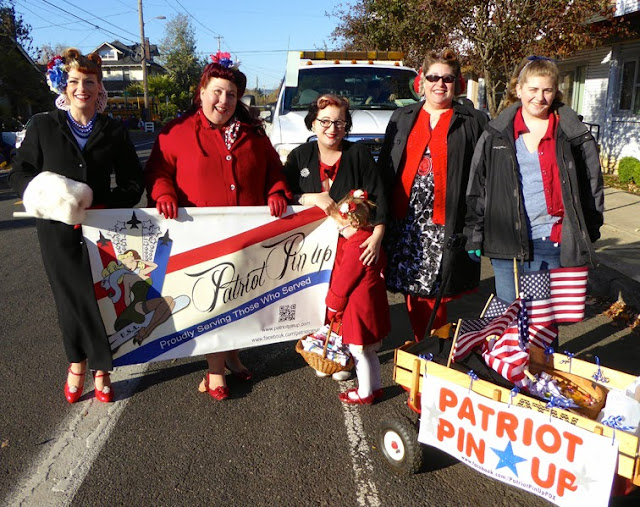 I always organize a group photo, here is our group, 3 DAR groups from the area, the SAR (Sons of the American Revolution) and Dayle, my veteran. 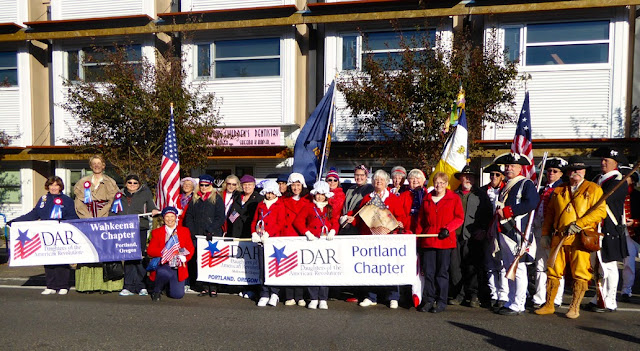 The SAR guys, aren't they handsome? 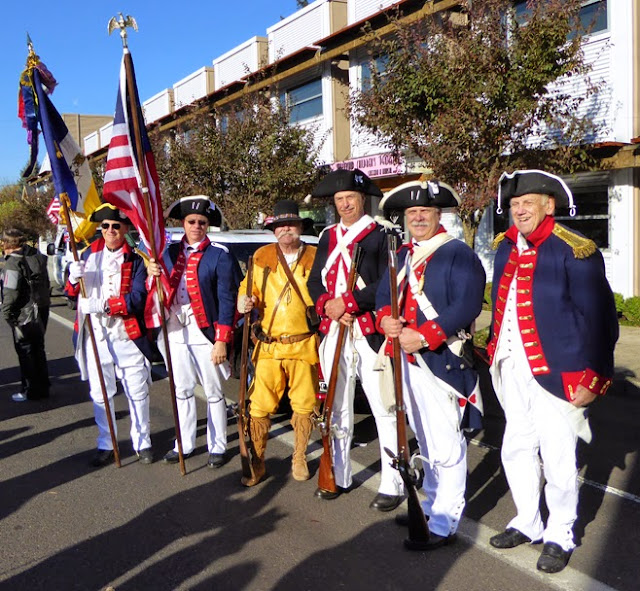 More people in the parade.  The bad part of being IN the parade is that you don't get to see the rest of the marchers and vehicles. 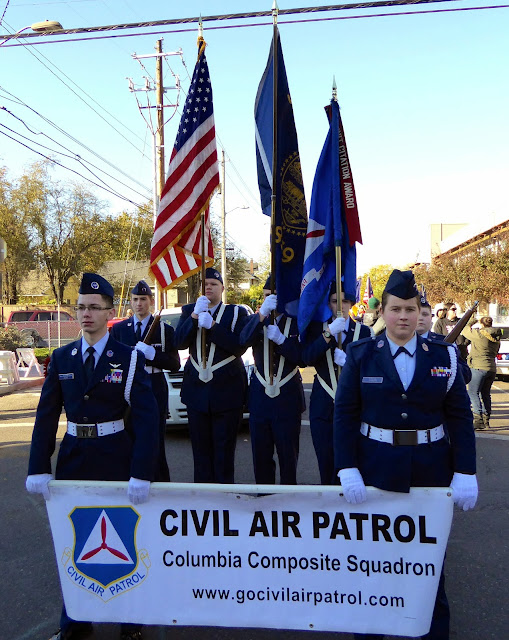 This is the Portland Chapter group - the intrepid ones that participate in the parade! 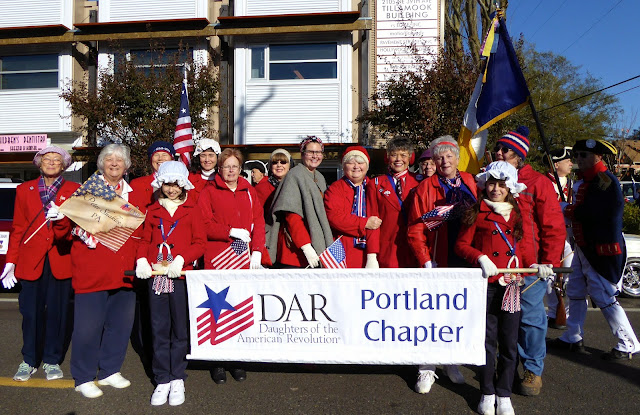 Every year on this corner is a group of pre-school children, they are learning patriotism from a young age! 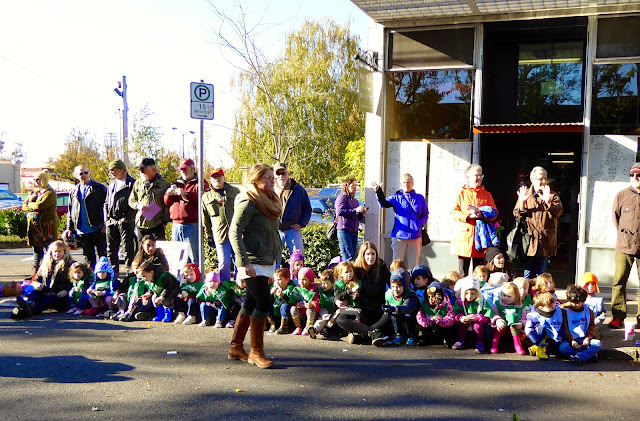 I got this photo while Dayle steered as we rounded a corner - my best vantage point for getting the rest of the parade ahead.  Our group included the ivory white Mustang ahead and leading are all the red-jacketed chapter members carrying the banner. 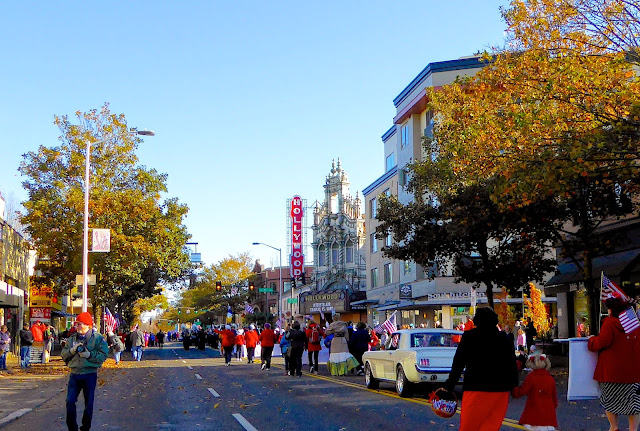 I love this old theater, which gave the community it's name.  The Hollywood District. 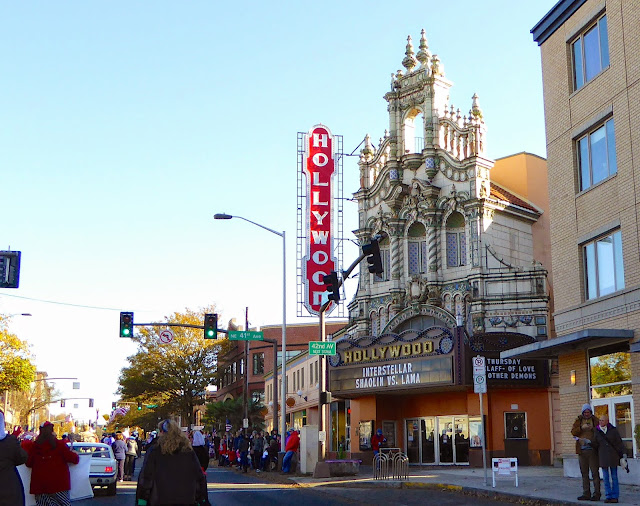 3 of Dayle's friends messaged him before the parade and asked him to join them for breakfast and then to watch the parade.  He told them he couldn't join them as he was going to be IN the parade.  It was fun to see them waving to us!  They were his friends that he worked with at the Union Pacific Railroad - Mike, Bob and Mike.  :-) 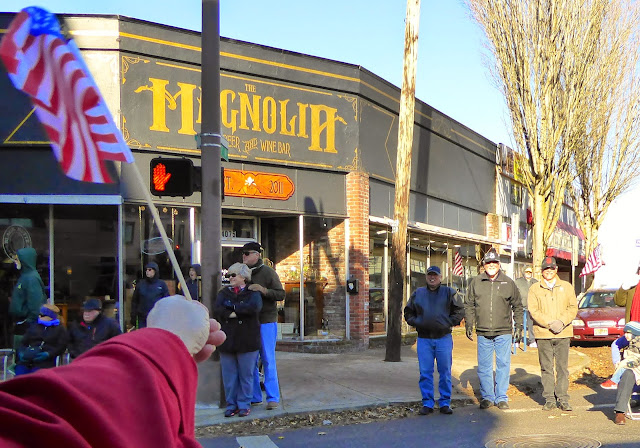 This is the ribbon we were given for participating in the parade.  I have quite a collection of them now! 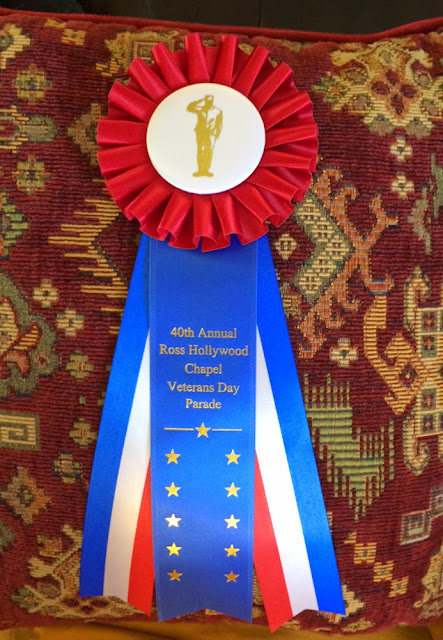 This is my Dad when he was a young Marine.  He went in on the first wave at Iwo Jima and was there for 3 weeks.  Approx. 240 of his company went in and only 17 walked out, uninjured.  A terrible war there.  He was a loving father and I miss him a lot. 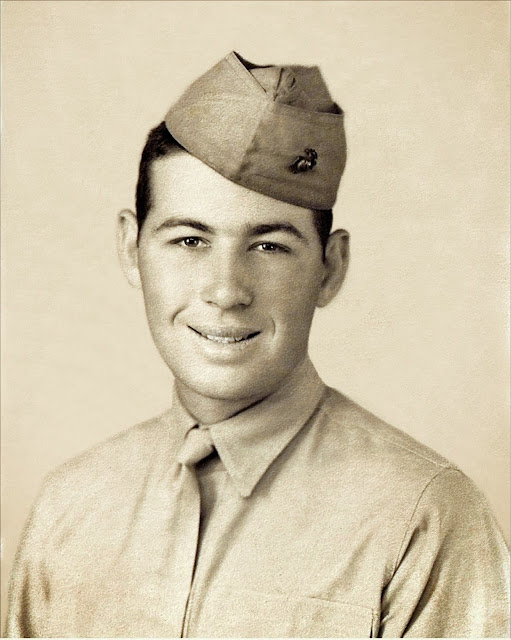 This is my husband Dayle after he returned from Vietnam, where he was shot in the femur while flying a scout helicopter.  He was in traction for months and then in a whole body cast after that.  We are so thankful he made it home ok.  He's been our hero. 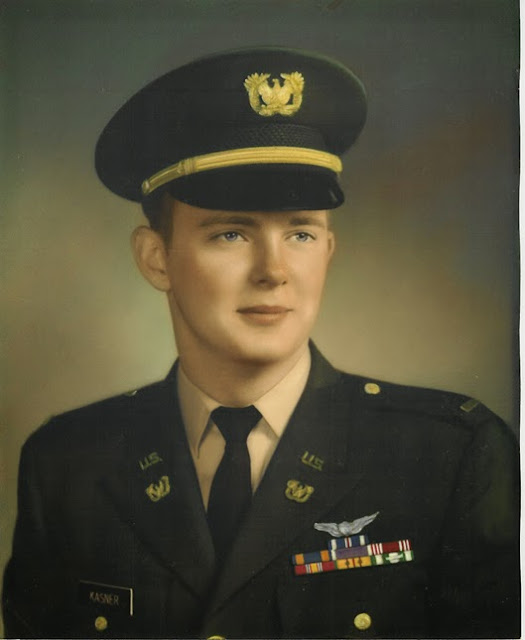 I hope you take some time to think of your family who have served in the military - and give thanks for them.  I'm off to swim with Gracie in a few minutes!  ((hugs)), Teresa :-)
Posted by Teresa Kasner at 12:49 PM