Greetings.  My friend Gracie came over for a visit on Friday and we had a long talk.  She brought some flowers for Kristi to cheer her up after a long surgery and a tough recovery - and for me too.  I'm so enjoying the sunflower's happy face.  Kristi is having a very painful recovery.  Poor thing. 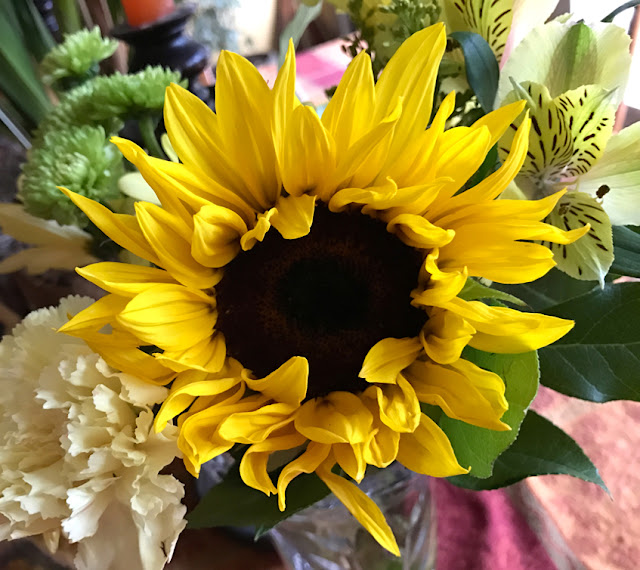 Her mother, sister and BIL came over on Saturday for a visit.. her mom brought this pot of gorgeous orchids for her. 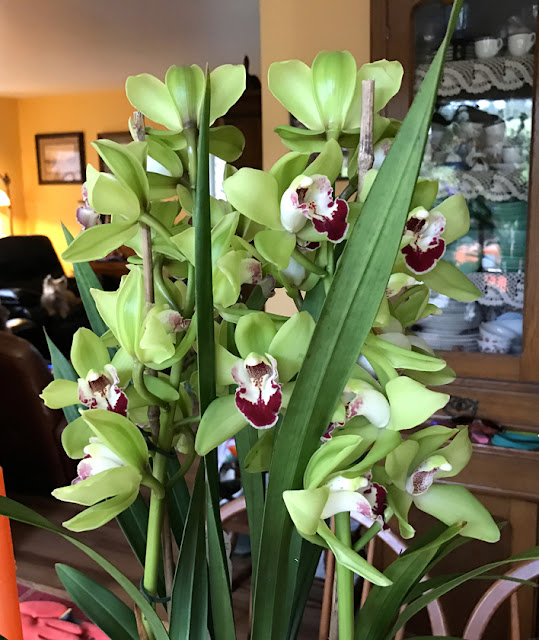 I am enjoying the lime green and purple of these flowers. 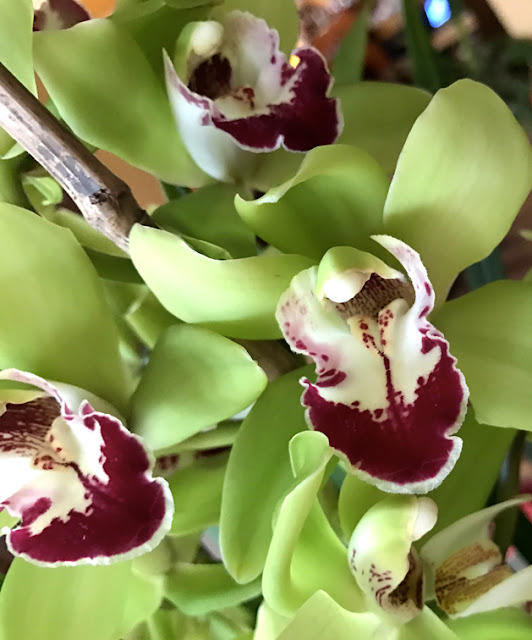 Dayle has put his back out and this morning took some meds and got dizzy and fell on his way to our bedroom.  I helped him up but he almost collapsed again trying to get into bed.  Goodness sakes. 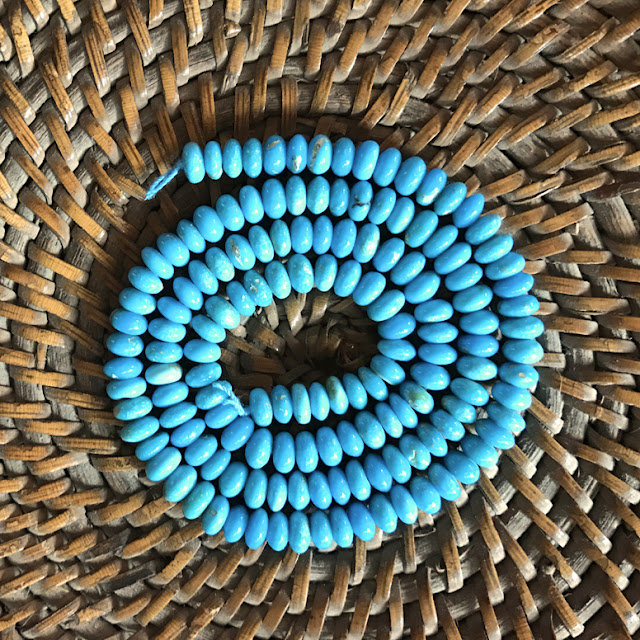 I am part Native American.. I wonder if that is why I love beads so much. 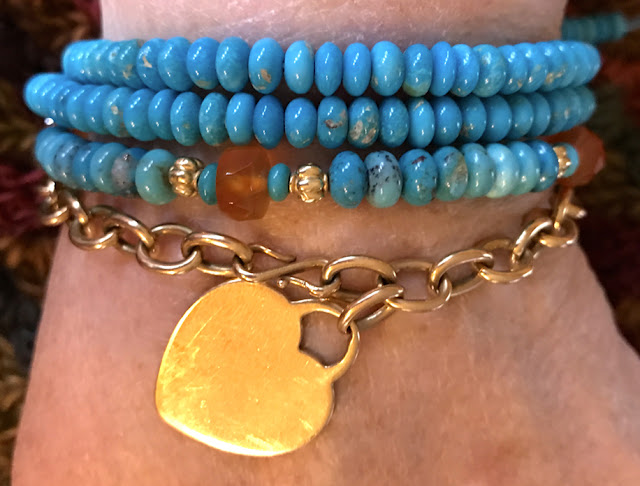 I am still worried about the future of our country, it feels like all the social progress that has been made up until 2 weeks ago is being eroded.  It feels to me like our country has lost 100 years of progress.  I'm still concerned about the appointments the P-E has chosen.  Many of whom are known as a questionable choice for their position due to past stances on issues.

It was called to my attention that Steve Bannon was not a white supremacist - in an effort of fairness I spent several hours researching his past.  What I found out was that his wife accused him of abuse, that he refused to allow her to put their children in a certain private school because there were Jewish children there. He took over Breitbart news after the death of it's founder and turned it into a vehicle to help the P-E get elected.  He calls women the "C" word and the website is a vehicle for alt-right.  So, after my research I stand firm that his appointment will not be a fair and balanced choice for our country.

NOW... sorry for continuing my political statements but this is America and so far I still have the freedom to say what I think.

I need to go check on my husband.  I'm worried about him.. OH.. and Paul Ryan is trying to abolish Medicare - which is our health care insurance.  Then what will we do?  ::sigh::