I did a program for the Portland Women's Forum at their meeting yesterday.  The subject was how it came to be that I designed this sign and helped get it approved for use along the HCRH from Troutdale to The Dalles. 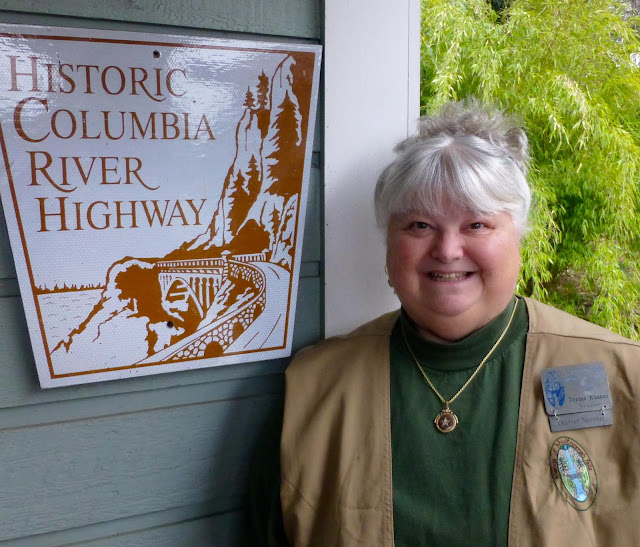 This is the map of where it was posted, 68.5 miles of roadway!  So many people would get lost trying to find where it was and did not even know that they were on it!

This is from yesterday, the sign on the right was my original design and the one on the left was after the Oregon Department of Transportation Signage Dept. had it's way with the design, deleting a lot of the detail in my original drawing.  They felt it was easier to read.  I personally like the one with more "art". 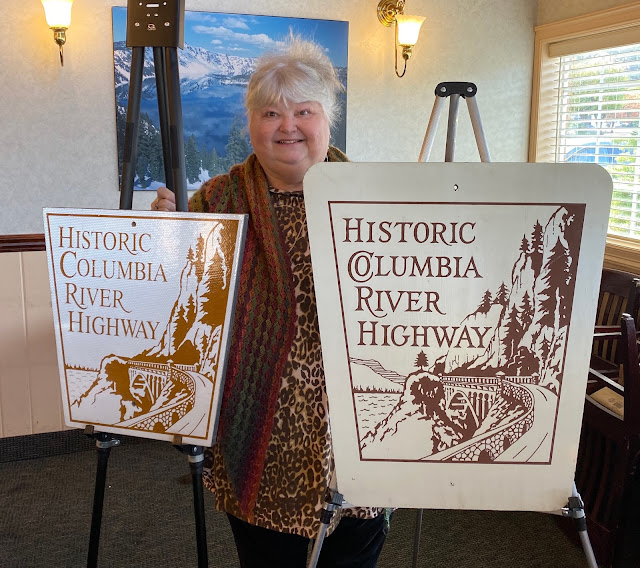 These are two excerpts of a couple of newspaper articles that were printed after the adoption of the sign.  You can click on the image below to read it better. 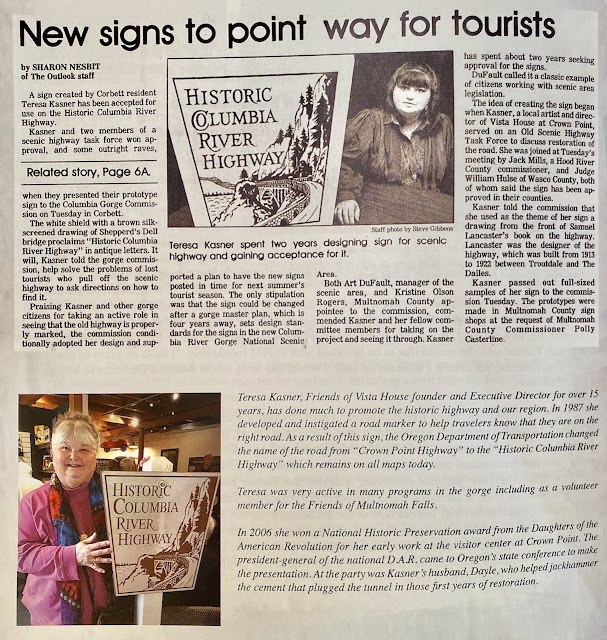 One of my proudest achievements while living, working and volunteering in the Columbia River Gorge was designing the Historic Columbia River Highway road sign.  Here is my story.

I served on the Historic Columbia River Highway Citizen’s Advisory Committee in the mid-1980s led by Jeanette Kloos, ODOT.  One of the discussion points of the group was that the road deserved it’s own sign so travelers would know they were tracing history as they drive the roadway.  I volunteered to sketch up something and used as my inspiration the cover of the book by Samuel Lancaster, “The Columbia - America’s Greatest Highway” 1915.

I got out my sketchbook and used pen and ink to draw what I felt would be an easy to read sign. I used a keystone shape to do my design.  On the cover of the book the rock wall wasn’t represented very well so in my drawing I brought the wall curving into view which also showed the roadway well.  The design was embraced by the advisory committee members.

The next thing I knew, I was testifying for its adoption in front of the Columbia River Gorge Commission, the Multnomah Country Commission and finally the Oregon Department of Transportation Commission.  I gave an impassioned speech to them all and lo and behold, each commission approved the idea and soon ODOT printed up the signs and installed them from Troutdale to The Dalles!  I must tell you my heart swells each time I pass one by.


I was serving at the time as the Executive Director of the Friends of Vista House and was also one of its founding members.

Here is the book cover that was my inspiration - suggested to me by one of the committee members.  The book was written by Samuel Lancaster, the creating force behind the building of the highway. 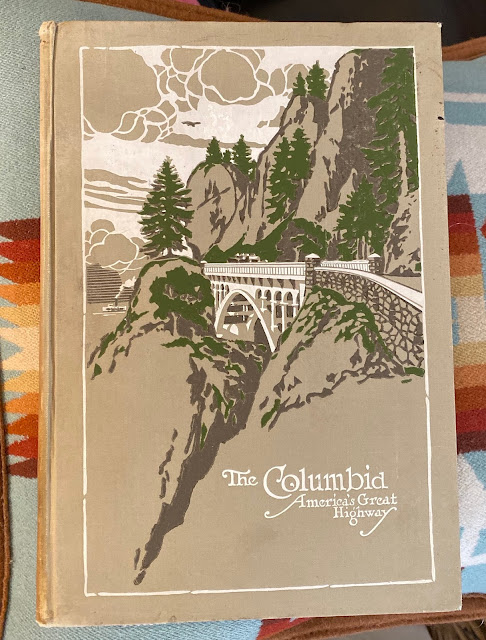 It's a wonderful book full of history of the area in which the highway was built. 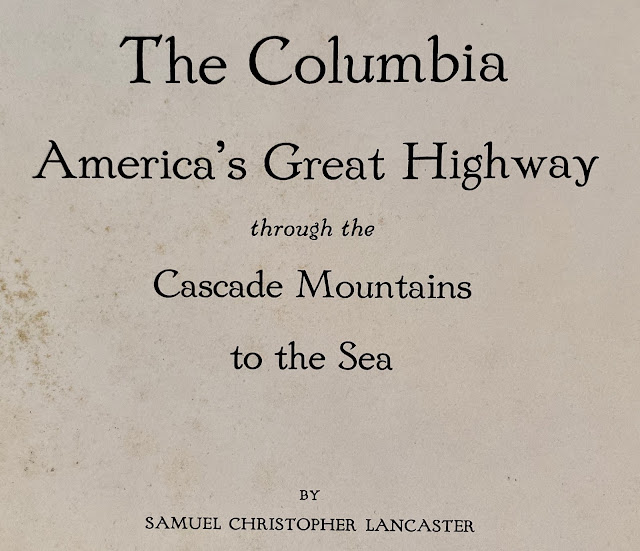 I'm so happy that Mr. Lancaster honored and recognized the Native American Indians that populated the Columbia River Gorge before it was discovered by the early white Americans. 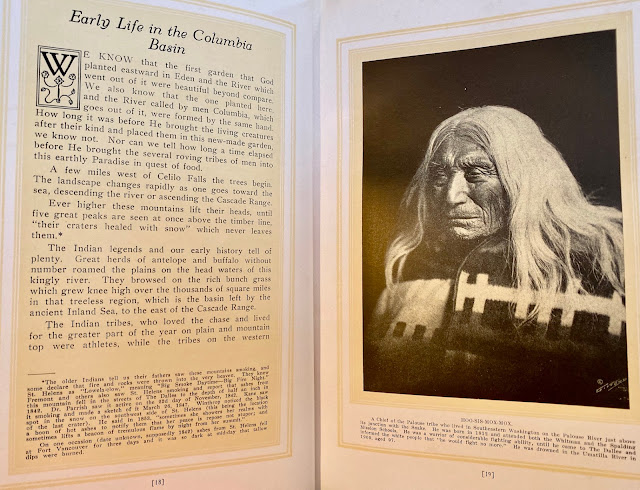 There is also excerpts from the Lewis & Clark Expedition journals. 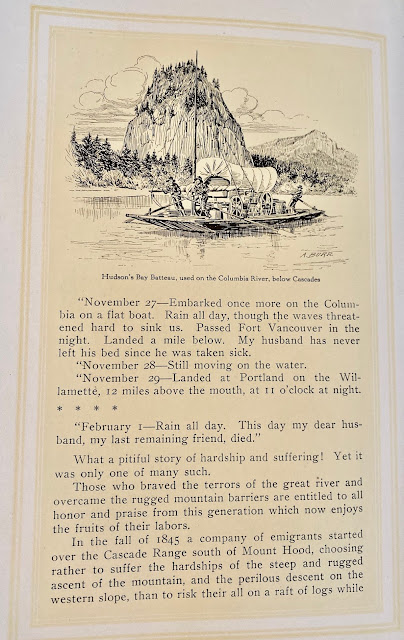 Imagine my delight when there was a photo in this book of Indian trade beads found on Memaloose Island in the River near The Dalles.  These look much like the beads in my collection. 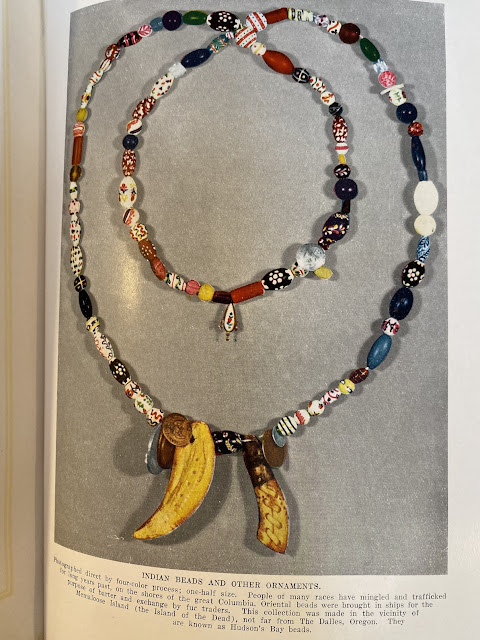 There are also drilled coins on the necklace, similar to the silver dime on one of my strands. 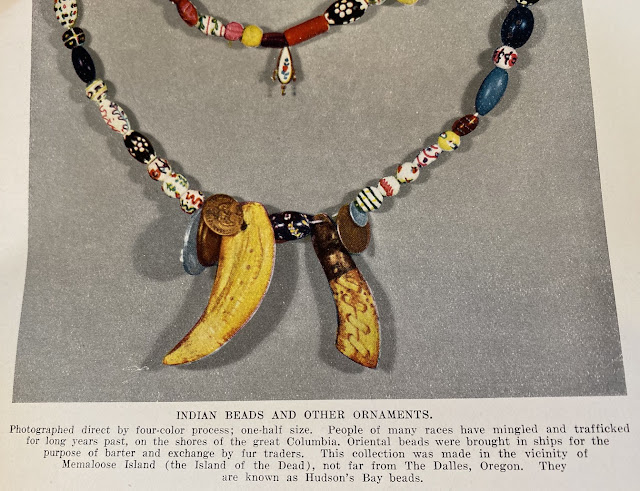 The beaded purse of Chief Joseph was given in a ceremony to Samuel Hill in 1905 - Hill was one of the men who supported the building of the HCRH. 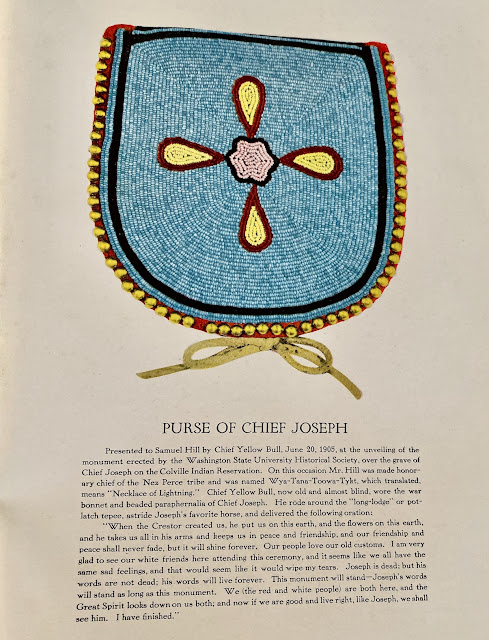 A newer book that recognizes the sign project is this one by my friends Gary Law and Ken Manske and The Friends of Vista House.  The second photo at the top is from this book. 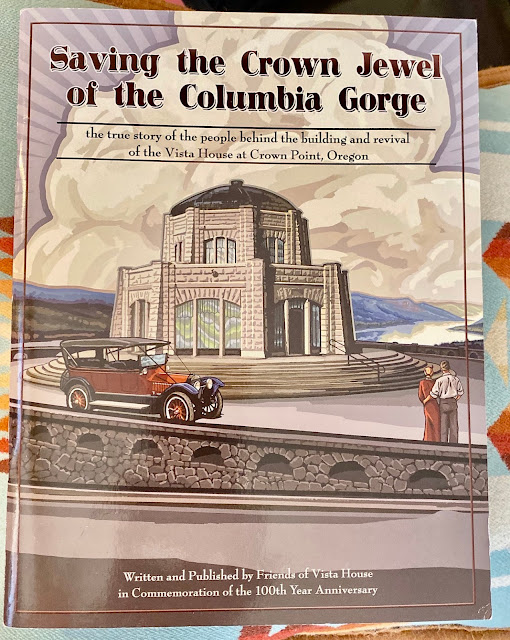 One of the first photos of the group that pitched in to fix up and add life to the Vista House and the founders of the Friends group.  I'm 6th from the left. 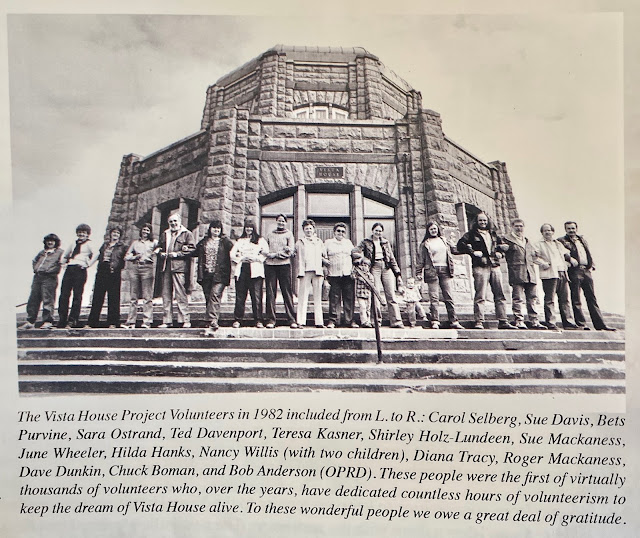 I was hired in 1982 to be the E.D. and here is the desk where all the magic happened.  :-)  I was given the keys to Vista House and not one dime of capital to start with.  I found some post cards to "buy" with a net 30 agreement and by the end of the month we had the money to pay the bill.  We also added books. 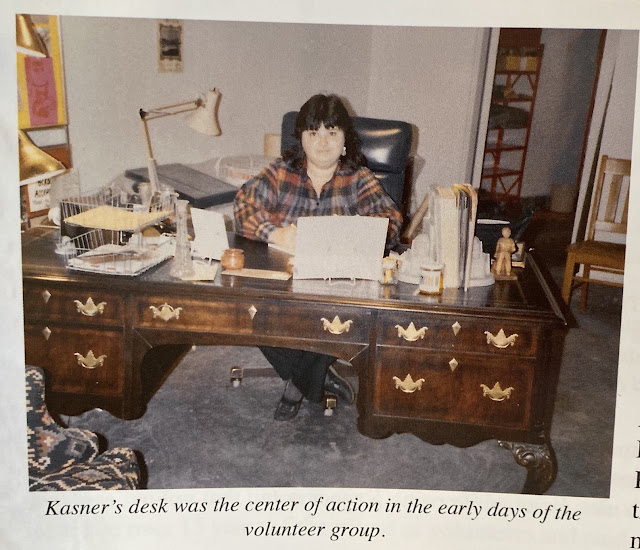 The second summer we had been given permission by Oregon Parks & Recreation Dept. to open a gift shop in the basement and began to collect many local artists who sold their work on a consignment basis. 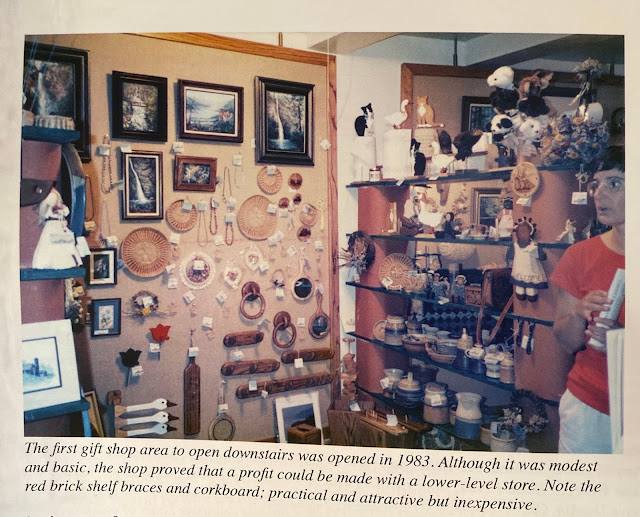 Having an artist and graphic designer as the Ex. Dir. came in handy when we needed awards, newsletters, posters nd such.  I designed this one, used my calligraphy and drawing skills to create it, had it printed and then hand-lettered each volunteers name on them and presented them at our volunteer appreciation banquet at the end of each season. 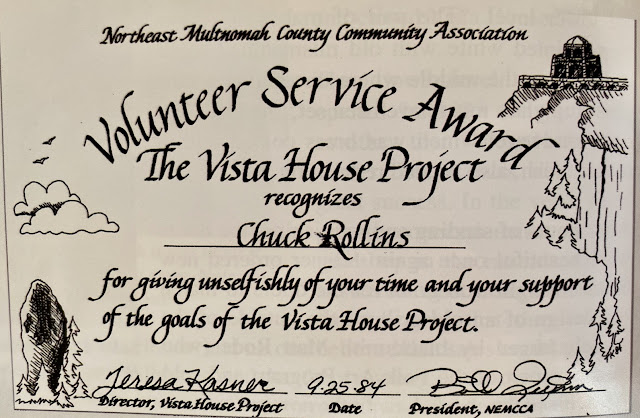 So this is some history of our area.  I'm blessed to live here and have so many friends over the years.
Teresa
Posted by Teresa Kasner at 1:23 PM