Did you have a fun New Years Eve?  We had a mellow one with just the two of us watching a few episodes of The Witcher on Netflix and then counting down to midnight watching the ball drop in NYC.  My dear husband surprised me with a lovely bouquet of red roses and Stargazer Lilies on Monday.  A sweet start to the year! 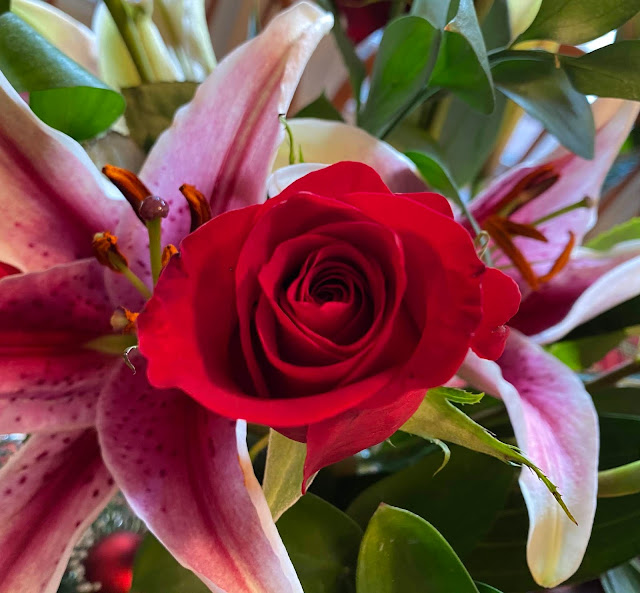 I rearranged the bouquet that Kristi gave me as the white carnations had faded, the red ones still look good.  The two arrangements look pretty together. 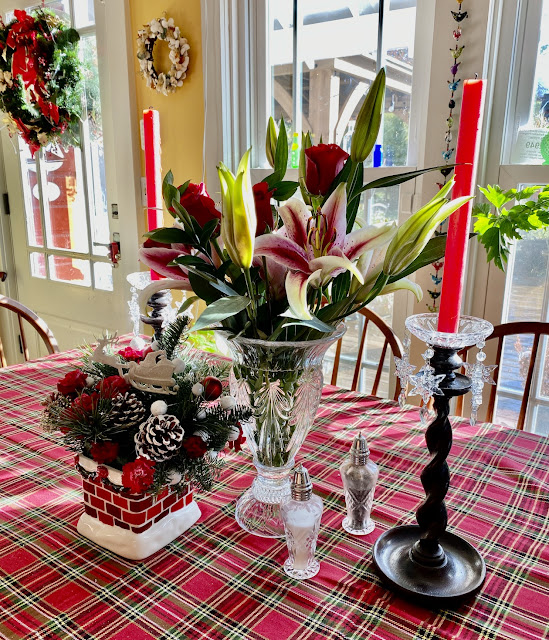 The chimney vase is adorable, isn't it? 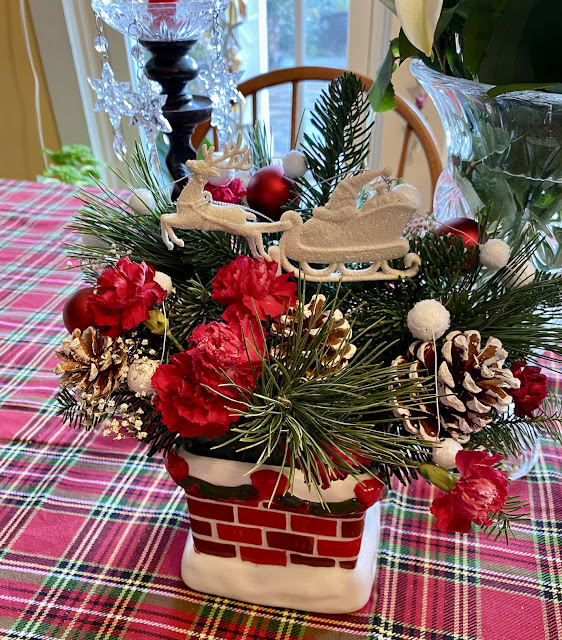 The lilies were buds on Monday but I trimmed the stems of all the flowers before putting them in water with the little flower food packet and the next morning the lilies were opening up. 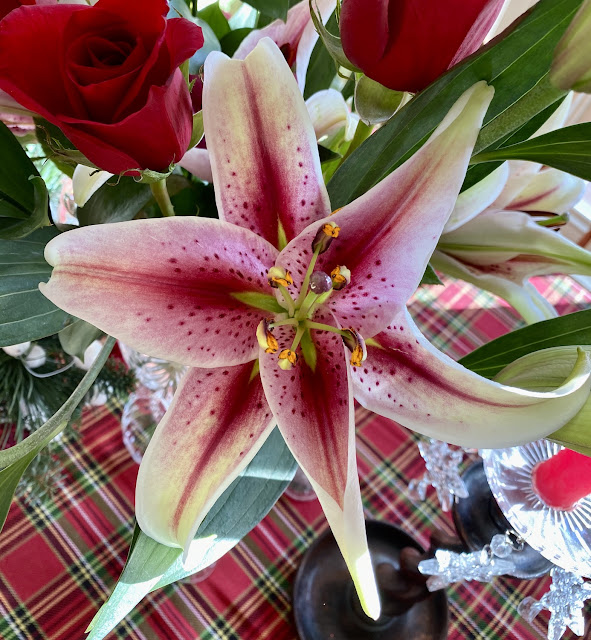 Goodness how I love a riot of color from fresh flowers and the aroma of the lilies are a bonus. 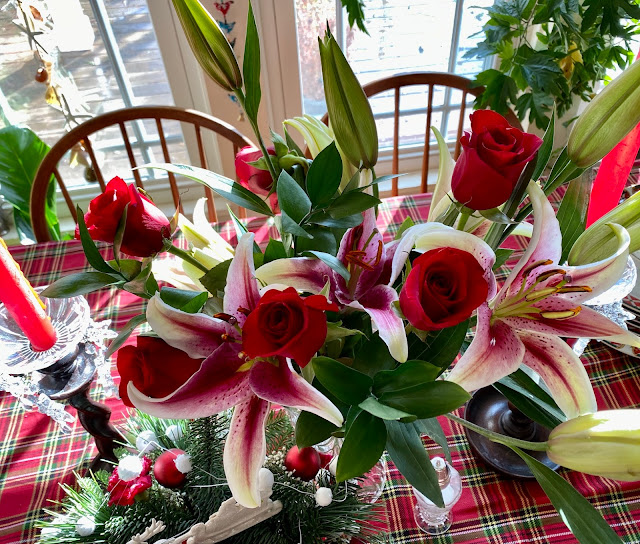 I found a recipe that looked good in my FB feed a while back so I printed it up and Dayle picked up the ingredients and whipped up this delicious meal for us last evening.  It was a winner and super yummy.  It's called "Garlic Parmesan Chicken".  Click HERE for the recipe.  It uses chicken thighs, potatoes and baby spinach - the best part is the garlic parmesan cream sauce you cover it all with.  MMM!  After reading the comments from those who made it, he doubled the sauce and browned the thighs and microwaved the potatoes a before slicing and adding them to the pan.  We also will not wilt the spinach ahead next time as it will cook fine as it bakes.. PLUS we baked it for 40 minutes instead of the recommended 25. 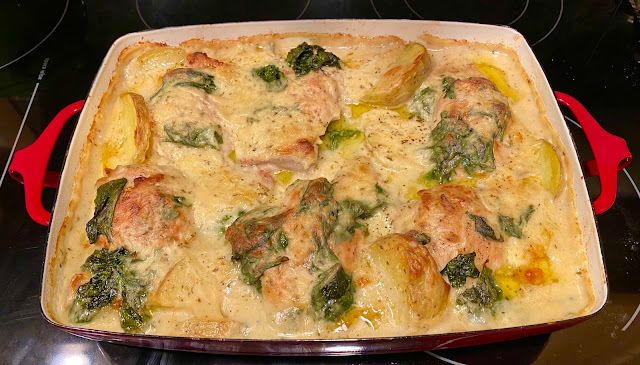 One of our grandsons brought over a basketball a while back and Mocha launched herself at it and began playing soccer with it, it was hilarious.  So, I decided to get one for her.  She has had a blast with it.. I have tried to capture a photo but she's always a blur.. 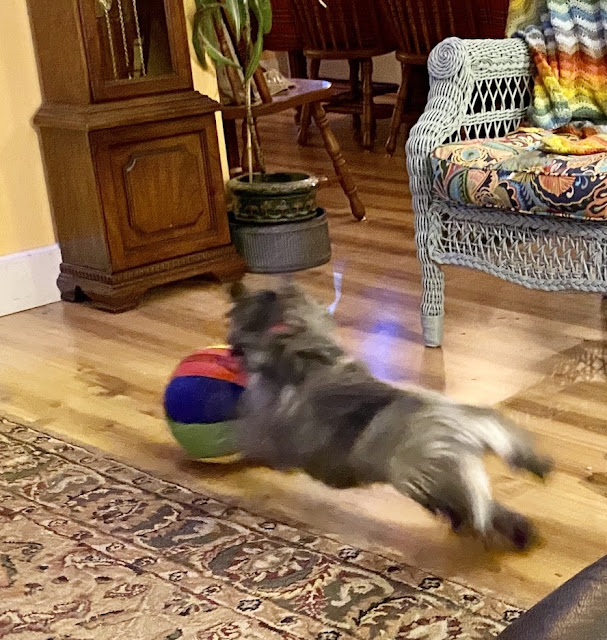 She noses it and kicks it with her front paws.. she's a natural! 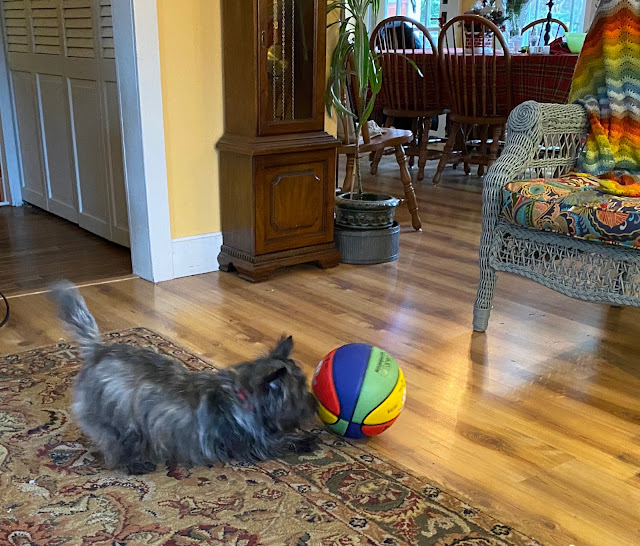 Her first owners had a young boy and a big fenced yard where she spent a lot of time.. and I think he played soccer with her. 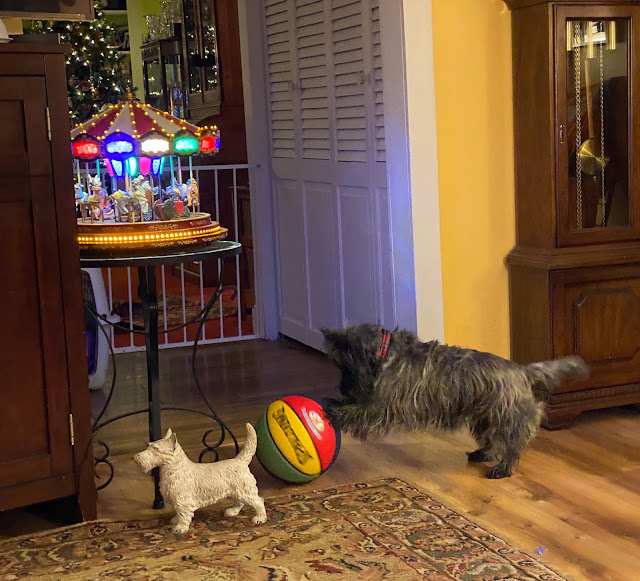 I must say, she gives us hours of enjoyment watching her play. 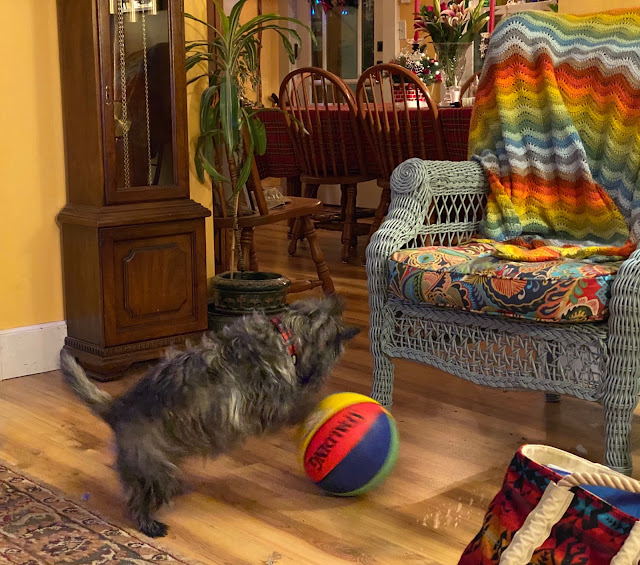 Mocha, our own personal Pele. 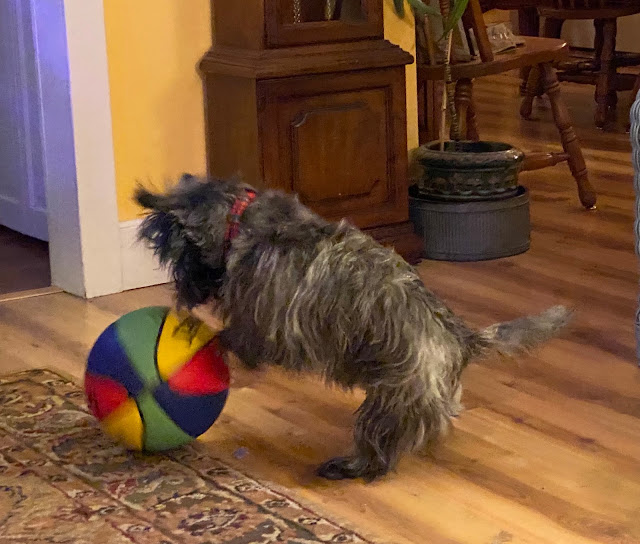 We are taking good care of our little hummingbirds that winter over at our house. 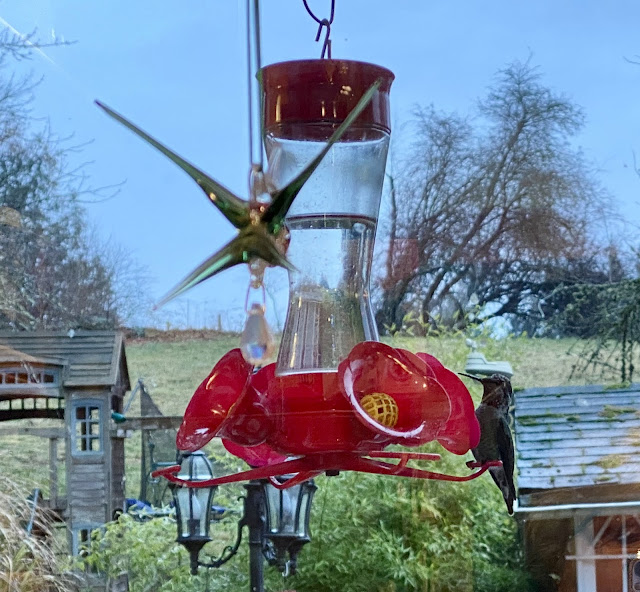 And so here we are, 2020.  My hopes for this year is for our country to come together and work as a team to fix the problems we have.  I mean.. we're the UNITED States of America.  I am wishing for you the very best year!!

Posted by Teresa Kasner at 1:32 PM