A Sedate 4th of July

This was a very understated 4th of July.  There wasn't the usual parade, although a bunch of locals put together an unofficial one with lots of trucks, tractors, firetrucks, bikes, and motorcycles.  We missed it but saw photos on Facebook.  The hydrangea is blooming, it survived being pruned by our 11 year old grandson.  :-) 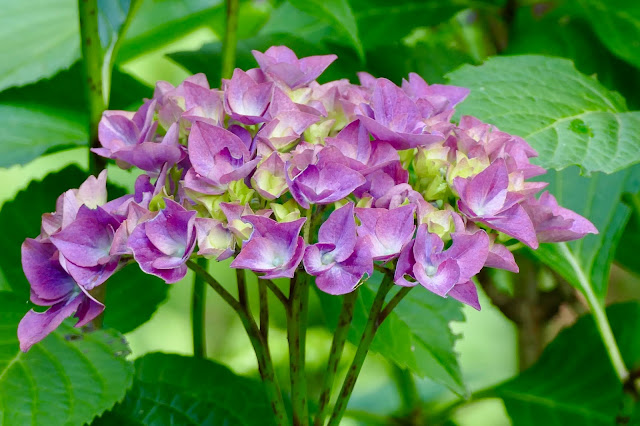 This bush has delighted me each year since we moved here over 35 years ago.  I love it so that we've planted a few more recently and I'm watching them to see how they perform this season. 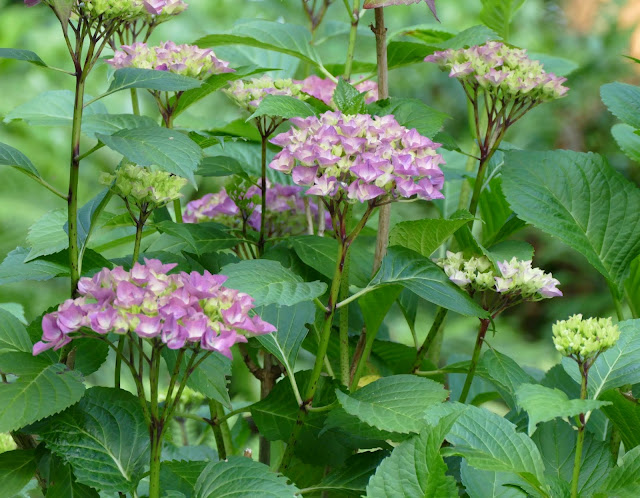 Dayle told me to look at the moon on July 3rd, it was just peeking over the hillside pasture behind our farmhouse.  I stood outside waiting for it to clear the trees to get a photo. 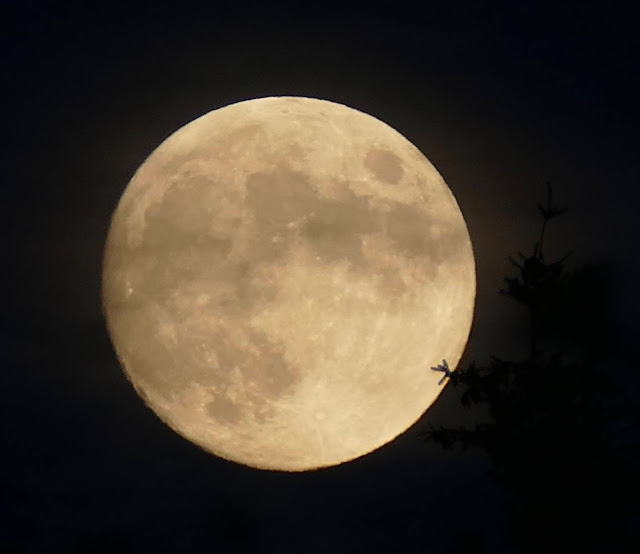 I went out later when it had risen higher into the sky and got this image.  It's lighter and clearer. 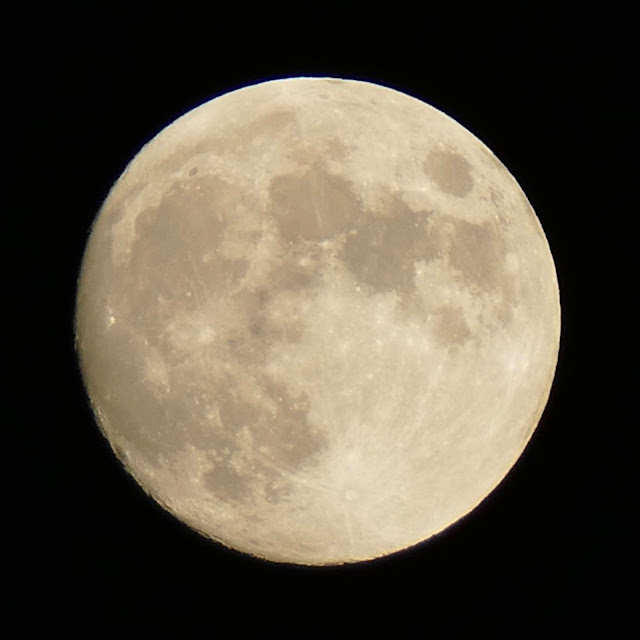 The moon was full on the night of July 4th so I went out and listened to the boom, pow and sizzle of illegal fireworks set off by our neighbors and took this one when it was 100% full - it's kind of golden due to the air pollution due to the fireworks. 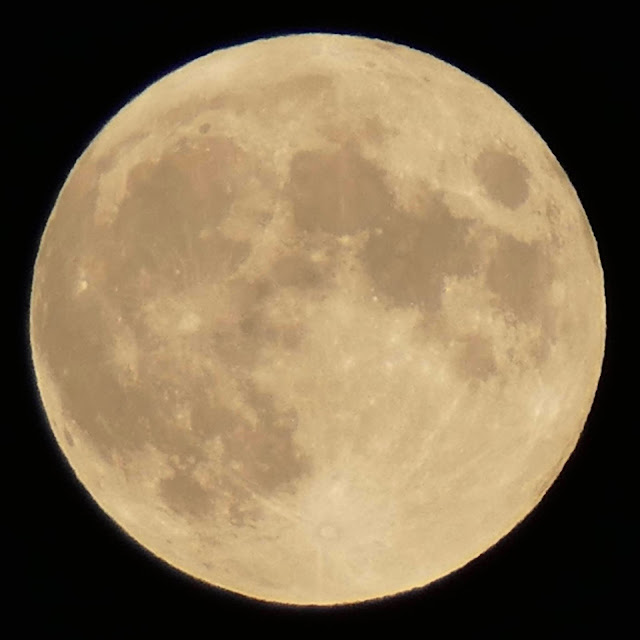 Our first zucchini harvest!  We might use it for dinner or grate it and make some quick bread. 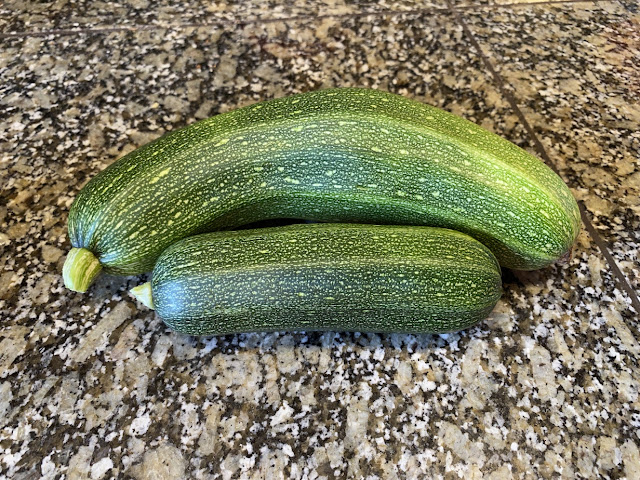 We decided to persevere and make our traditional 4th of July fare for just the two of us.  We used a chicken recipe we saw on Giada's Food Network show - Honey Mustard chicken and it was a big huge dud.. TOO much stone ground mustard.  But the baked beans and potato salad made up for it. 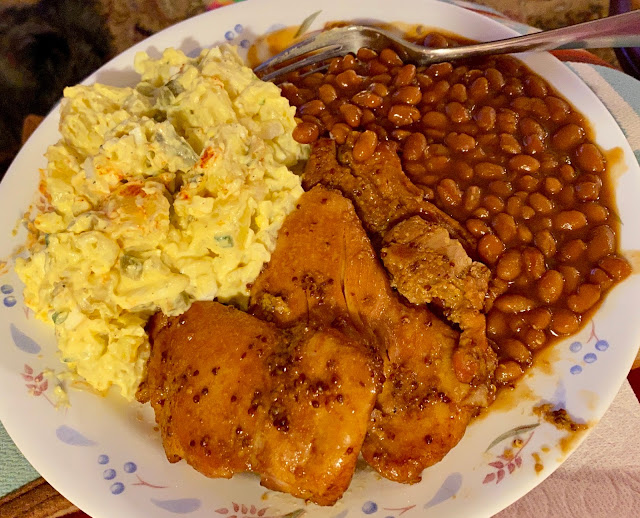 I had to show you the wild cherry tree right now.  It's huge and is covered with bright red cherries.  The birds are happy. 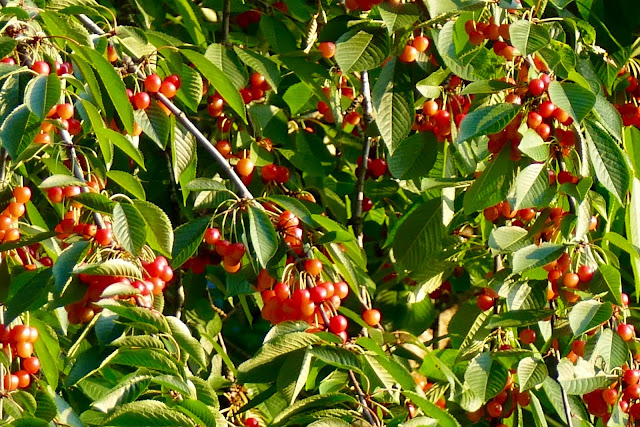 Our grandsons are back are back with us - Hayden is going to pick some today. 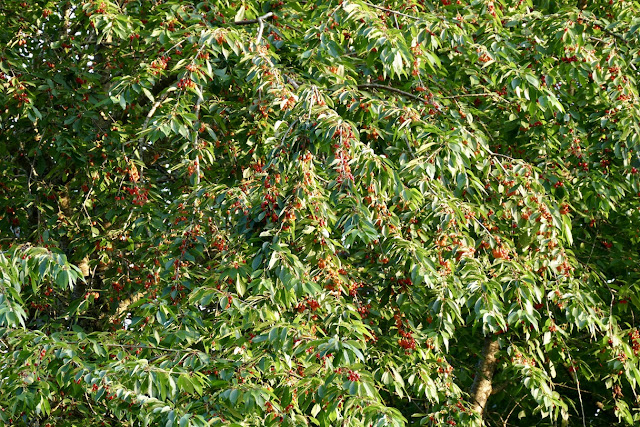 Our son Shawn dropped by for a socially distant visit on the deck on the 4th and he saw a woodpecker, but by the time we got the big camera the bird was gone.. so I got some pix of Goldfinches instead.  "Are you looking at me?" 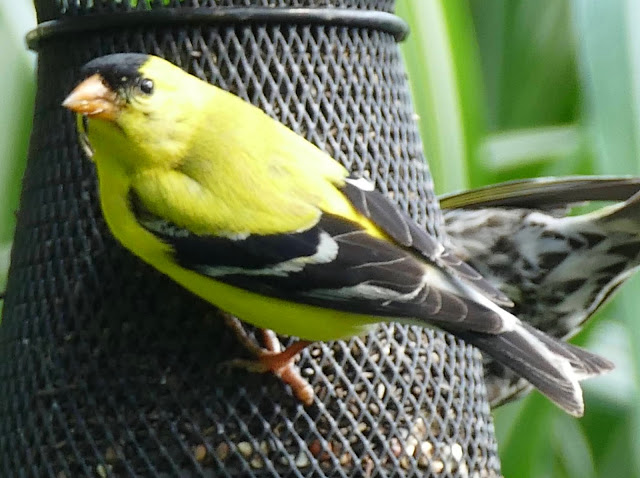 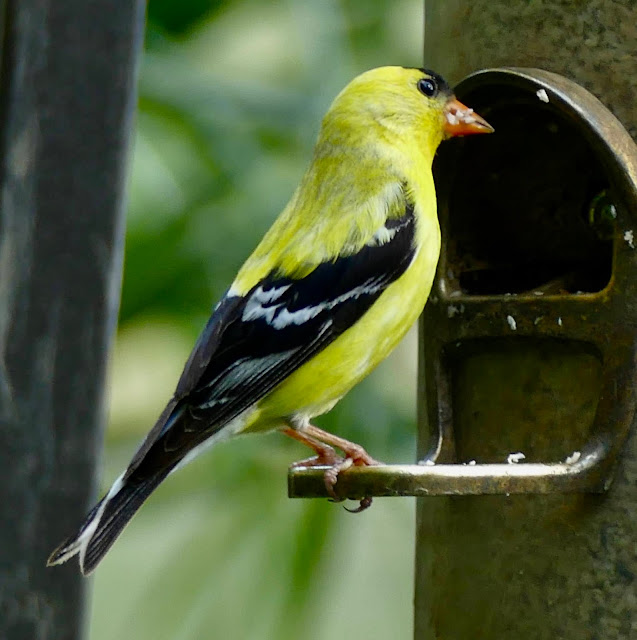 We captured a Hummingbird dining on Hosta flowers, but they are so fast and busy he's fuzzy.  Cute little things. 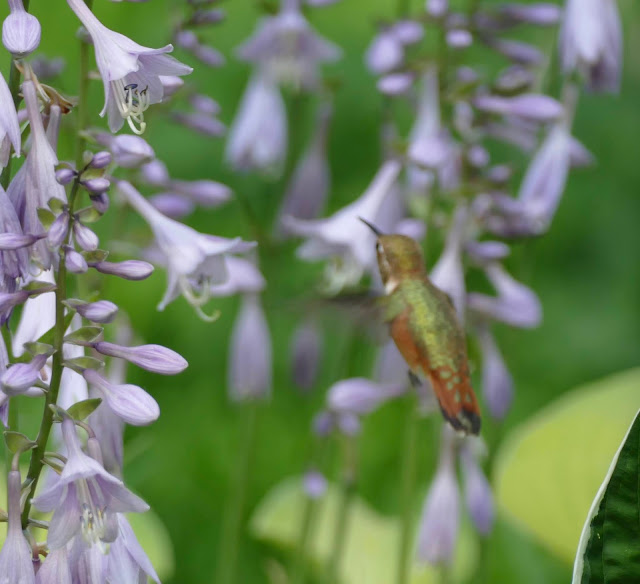 We have a pair of large raptors spending time in our forest, I've tried to identify this guy and have come up with either a Cooper's Hawk, Red Tail Hawk or even a Golden Eagle.  But I am just not sure.  Dayle mowed the pastures and I think these birds were dining on any mice or voles his mowing turned up. 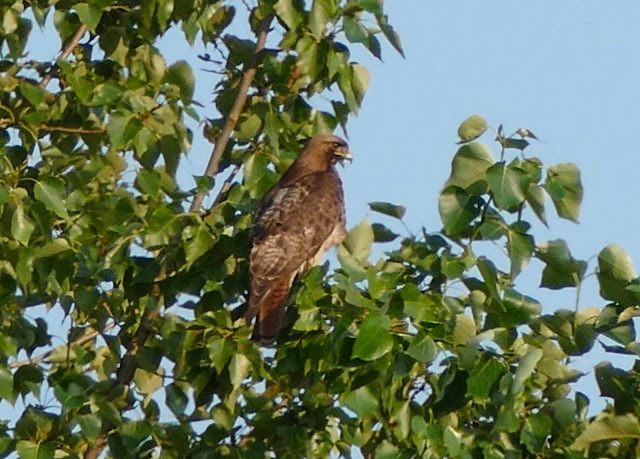 Kristi and Travis had us over for dinner last evening.  She made a delicious meal of bacon wrapped chicken, mashed potatoes and herbed cream gravy with buttery biscuits.  YUM!  After a nice visit we went down to see how her garden is growing.  She is standing next to Caleb's sunflower. 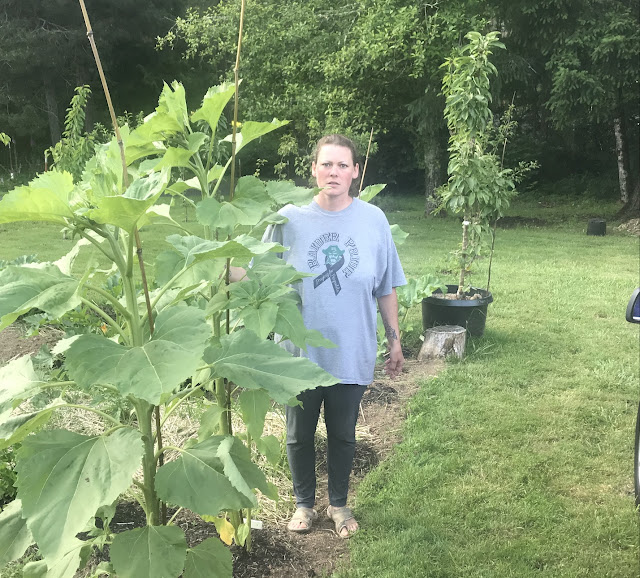 A shot of the whole garden.  She is happy to have her Dad's windmill and repainted it and put it amongst the corn which was her Dad's favorite veg.  Her Mom was an avid gardener and would be very proud of Kristi's veggie patch. 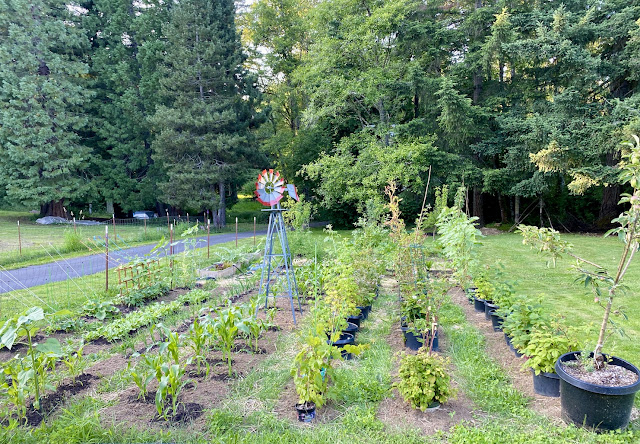 We brought the boys home with us for a few days.  We're going to make chocolate popcorn, a favorite of Dayle's as he was growing up.  I'll let you know how it goes.  Have a super week!