🍁 Autumn doesn't officially begin until September 23rd, but the weather gods didn't get the memo and we're fully into Fall here in Oregon.  Leaves are turning, cool winds blow and the days are cloudy.  Dayle brought home a pumpkin, a dark red mum and a pot of black corn this morning and so we're in the mood here! 🍂  (Edited to add:  The tag says it's an "Ornamental Millet - Purple Majesty".) 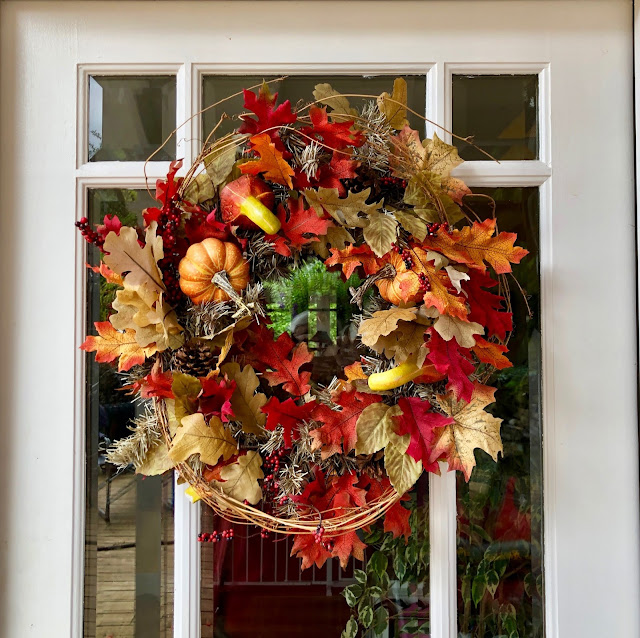 We hung the Fall wreath on the door and set the pumpkin and plants on the side. 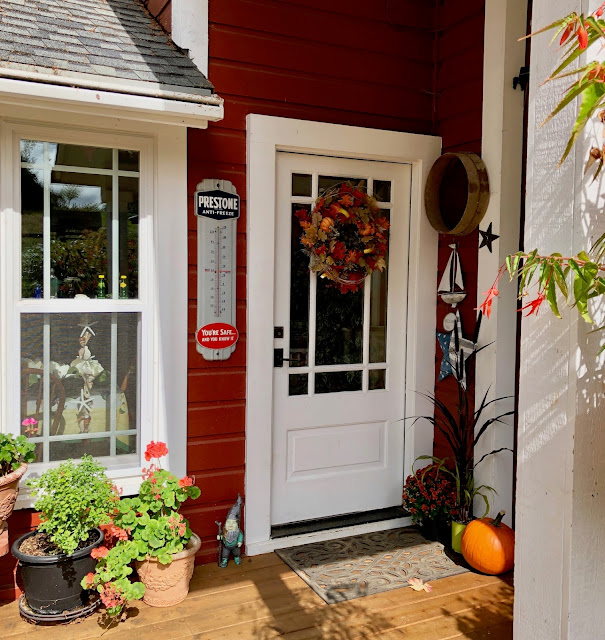 Have you ever seen the black ornamental millet plant?  I had one in the past. 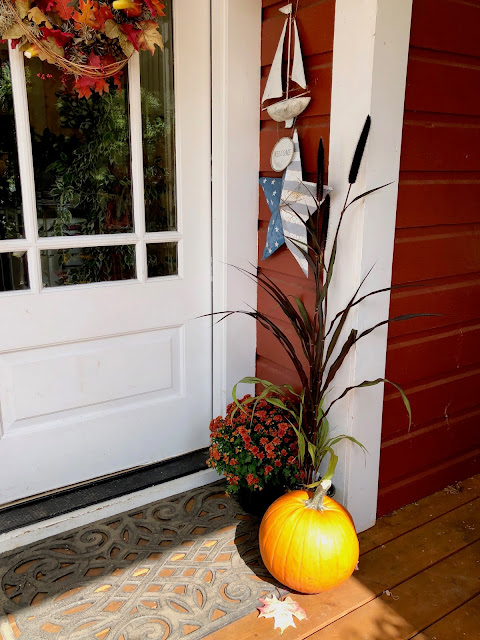 The tufts are kind of cool. 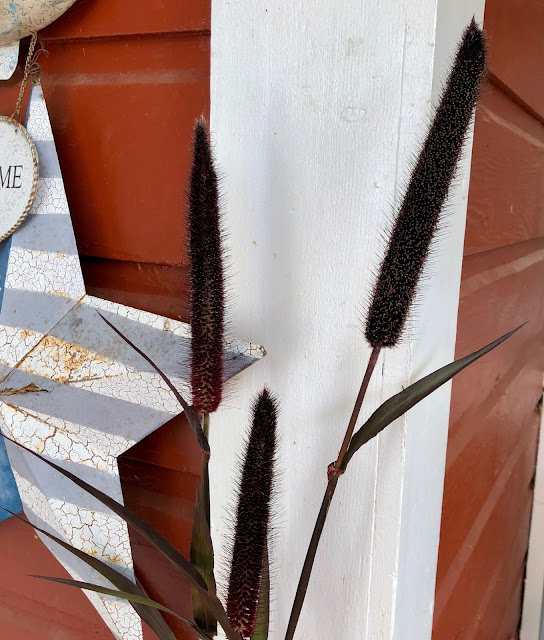 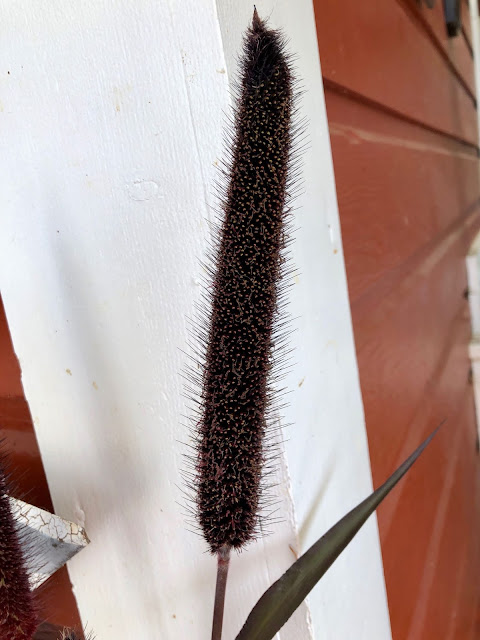 I put a little wooden keg amongst the plants, it was my mother's.  Do you decorate for Autumn? 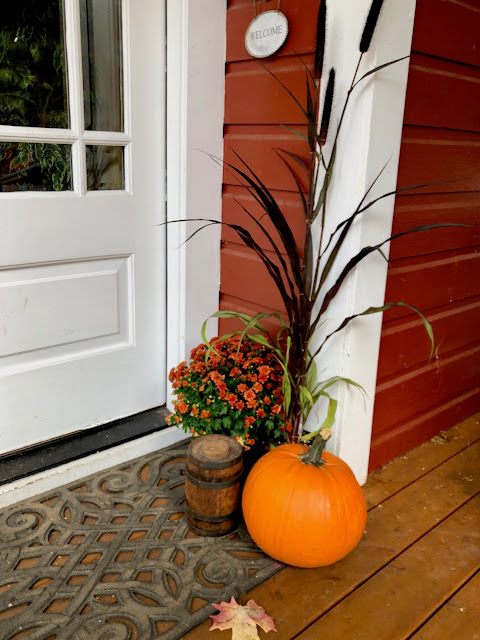 I looked over towards Dayle yesterday and this is what I saw.  Our adorable, silly, lovable Mocha.  She's a Cairn Terrier for those new to my blog.  I'd say she's pretty comfortable with us. 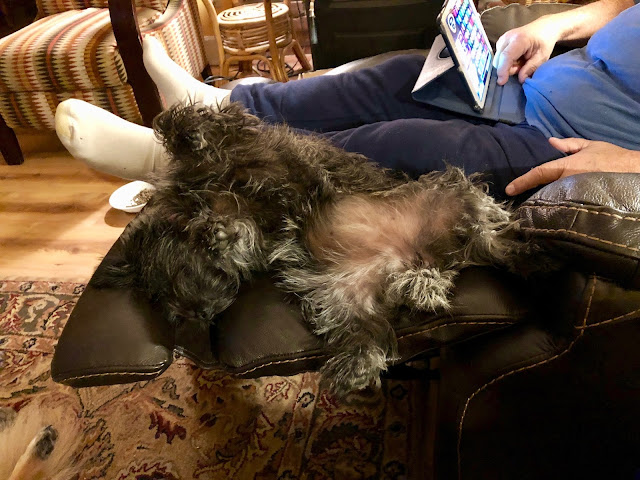 I looked over again and this is what I saw.  We love her so much. 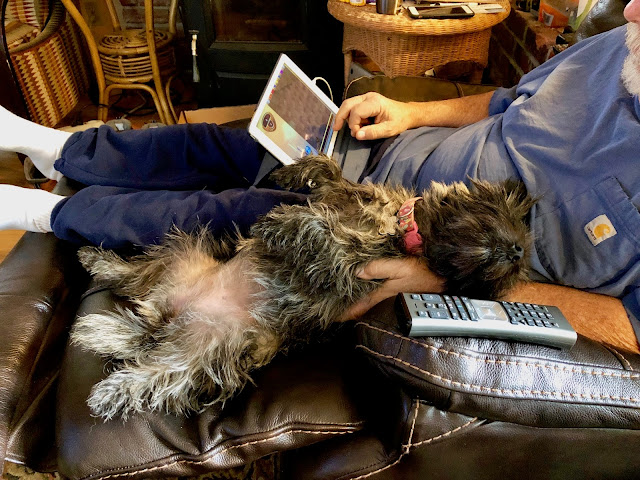 Today we remember September 11, 2001 - the tragic day when the Islamic terrorist group Al Qaeda highjacked 4 passenger airplanes full of innocent people and used them as weapons to attack the USA.  They flew into the two Twin Towers full of people, the Pentagon and one crashed into a field near Shanksville, Pennsylvania, after its passengers thwarted the hijackers.

The attacks killed 2,996 people, injured over 6,000 others, and caused at least $10 billion in infrastructure and property damage.  Additional people died of 9/11-related cancer and respiratory diseases in the months and years following the attacks.

I was working answering phones at The Oregonian and was able to do craftwork between calls.  The only thing that I could personally do was craft something that was patriotic, so this is what I made in the following days.  A peyote stitch choker with a flag design I created and a pair of earrings to match.

Please join me in taking a moment to honor those who were lost, not only in this horrific event, but those carried about by evil terrorists around our beautiful planet.  Join me in doing what you can to spread love and acceptance. 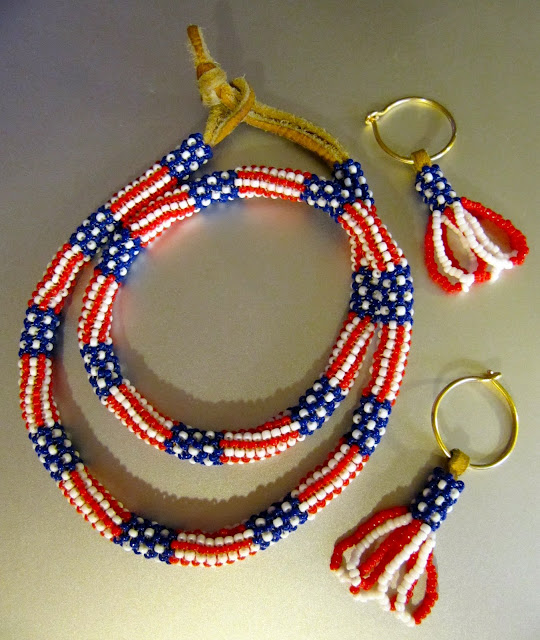